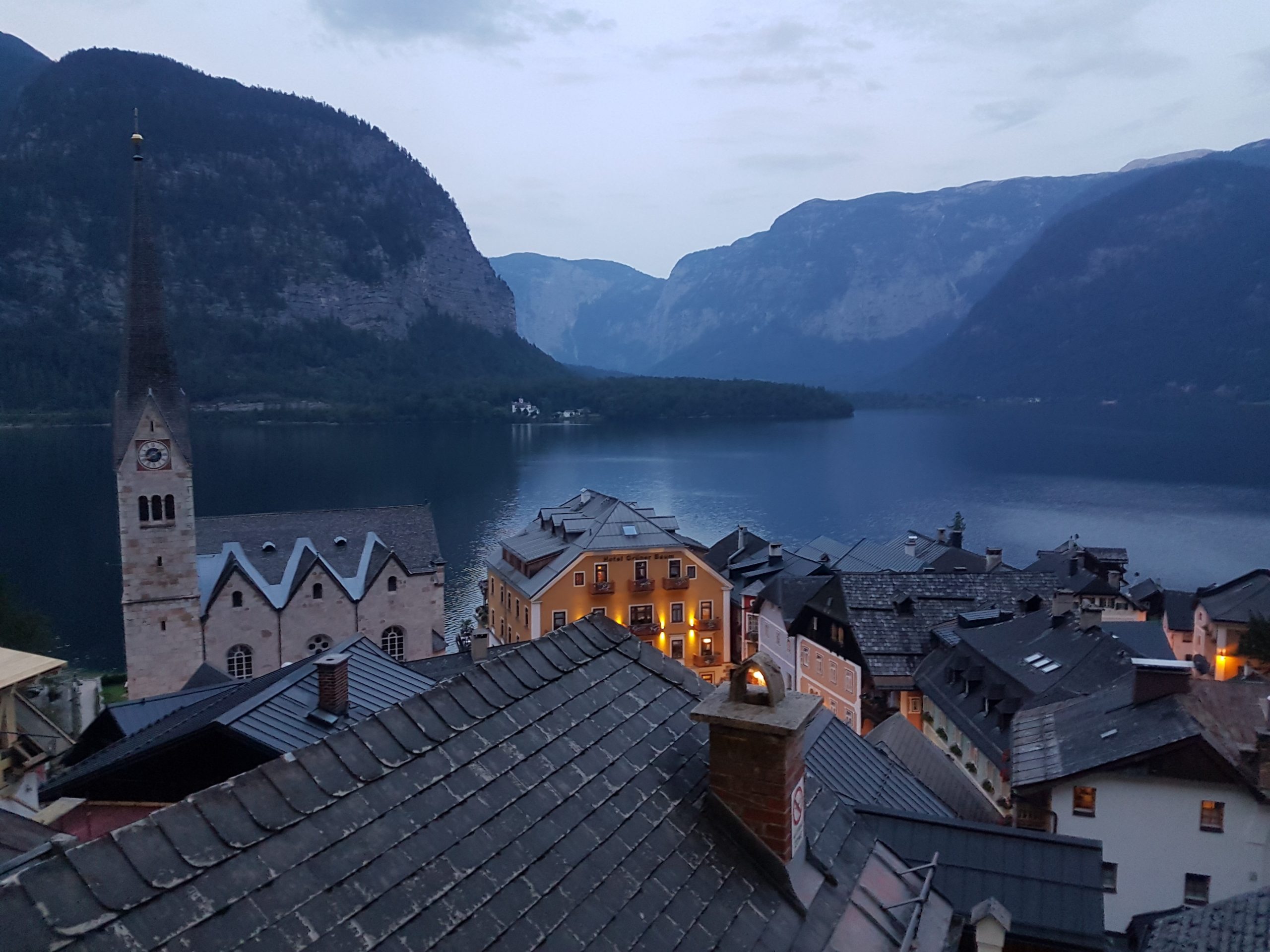 Borders are closed, travel restrictions are issued and unemployment figures are exploding drastically. Particularly the culture and tourism sector were hit hard by the consequences of Covid-19: museums, concert halls, archaeological sites, hotels and gastronomy were closed and were also impacted by the cancellation of flights, trains and the disruption of transportation.

Will there be enough tourists this year?

Hallstatt (in the picture) is a tiny historical town in Austria with 753 inhabitants but ca. 150.000 overnight and almost 1 Million visitors a year. Its historical roots go back to 5000 BC. Hallstatt is well known for its salt mines, its beautiful lake “Hallstätter See” and the marvelous alpine mountains surrounding the little town. The town itself owes its beauty to its historical old town: medieval architecture, a gothic church and picturesque squares. Since 1997 it is in the UNESCO cultural heritage list for both its natural and cultural heritage. Hallstatt is very popular among tourists – the town was even rebuilt in China, one-to-one but back-to-front. Most citizens in Hallstatt make a living from tourism: bars, restaurants, souvenir shops, boat rentals or guided tours. This summer there will probably be no tourists outside Europe, but will national and EU tourists compensate the losses of international tourism this year?

Cultural heritage lies in the heart of the cultural and creative industries sector and is often associated with national identity, culture and its intrinsic value. Nevertheless, its economic power often remains underestimated: the total turnover generated in industries related to cultural heritage is ca. 500 billion per year, which makes 3% of the EU GDP. Furthermore, it is estimated that the cultural heritage sector employs over 300.000 people in Europe and that a further 7,8 million jobs in Europe are indirectly linked to it. Probably the most important industry associated with cultural heritage is tourism. Tourists nowadays are looking for more than just relaxation and ask for cultural and intellectual experiences. Visitors travel to other places to see museums, concerts, theatre performances, festivals, buildings, historical and natural landscapes.

Europe is the most popular tourist destination in the world and owes its attractiveness to its rich cultural heritage. The World Tourism Organization counted 671 million international tourist arrivals in Europe in 2017. With reference to its economic importance, tourism is the third largest socioeconomic activity in the European Union and contributes more than 400 billion Euros to the EU GDP. In addition, more than 15 Million EU citizens are employed in the sector, and many more profit indirectly from tourism. Related sectors of cultural and heritage tourism are passenger transport, gastronomy and shopping.

This year will be different

The UNWTO predicts a decline of 60-80% in tourism because of COVID-19. And it is not just hotels that will be suffering losses; souvenir shops, local boutiques, guides, taxis, gastronomy and many more who benefit from the symbiotic relationship with tourism. How is cultural heritage and cultural tourism affected by the COVID-19 crisis and which parameters will change because of COVID-19 regulations?

Although relevant with and connected to the European economy, the cultural heritage sector has not been looked at from many different angles and perspectives. And blind spots make it difficult to react and support it effectively, particularly in times like these. The CICERONE project focuses on production networks of Europe’s cultural and creative industries, which is explores from both quantitative and qualitative aspects. The project will conduct empirical research among different sectors within Europe’s CCIs and focus on their networks, actors and value creation in different production phases. Stay connected and click here to follow us on Twitter or LinkedIn for updates on the project’s progress.