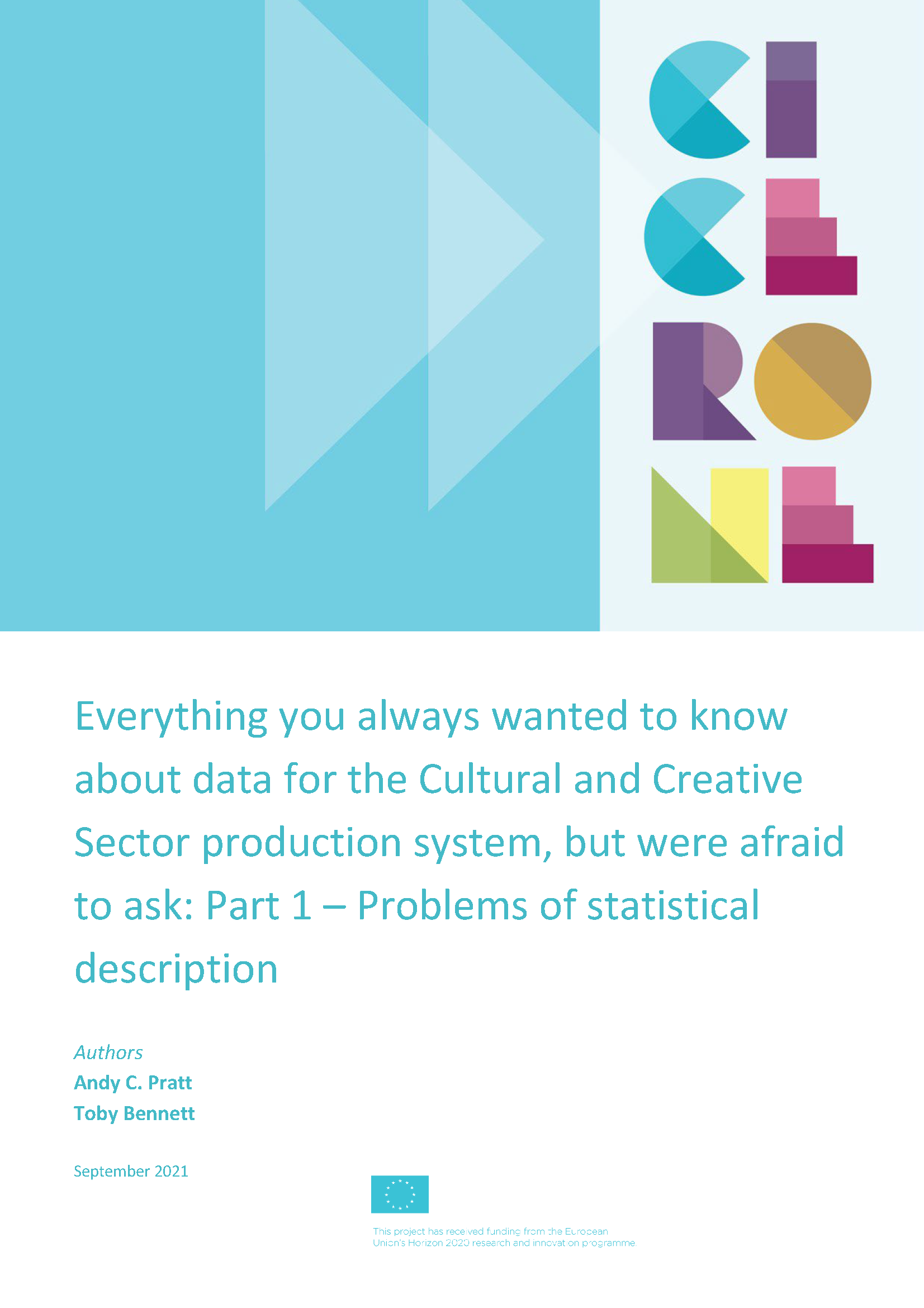 22-02-2022 Published: a paper addressing the problem of the lack of data available to describe the cultural and creative sector production system

This CICERONE paper (D4.2) addresses the problem of the lack of data available to describe the Cultural and Creative Sector (CCS) production system. It explains how and why the currently available data is insufficient in its depth, and breadth of coverage, leading to an appreciation of which activities are made visible, and which are obscured or hidden, by such measures.

This paper, written by Andy C. Pratt and Toby Bennet (both affiliated to City University London, UK), is the first step in proposing what a sufficient taxonomy would look like: a suitable framework of new data collection related to the CCS production system, which we set out in more detail a following (and linked) paper (D4.3, entitled Everything you always wanted to know about data for the Cultural and Creative Sector production system, but were afraid to ask: Part 2 – Assembling disparate data sources).

The purpose of this paper is hence to describe the intersection between definitions, and their operationalisation in taxonomies and actual data collection. It is split into two parts. The first articulates the implications of a ‘Romantic’ definition of culture that has been used previously with an industrial taxonomy: arguably both notions have been failed. We then describe various attempts to conceptualise and mobilise taxonomies that bridge this divide and, in so doing, articulate their limitations. Part two of the paper is more analytic, describing these limitations using the concept of a matrix.

The paper advocates a new data matrix – a radical realignment of concepts and industry taxonomies – to be developed more fully in the following and linked paper (D4.3). This matrix is, in effect, the conceptual and practical foundation of a Cultural Economy Observatory that is built as part of the CICERONE project.