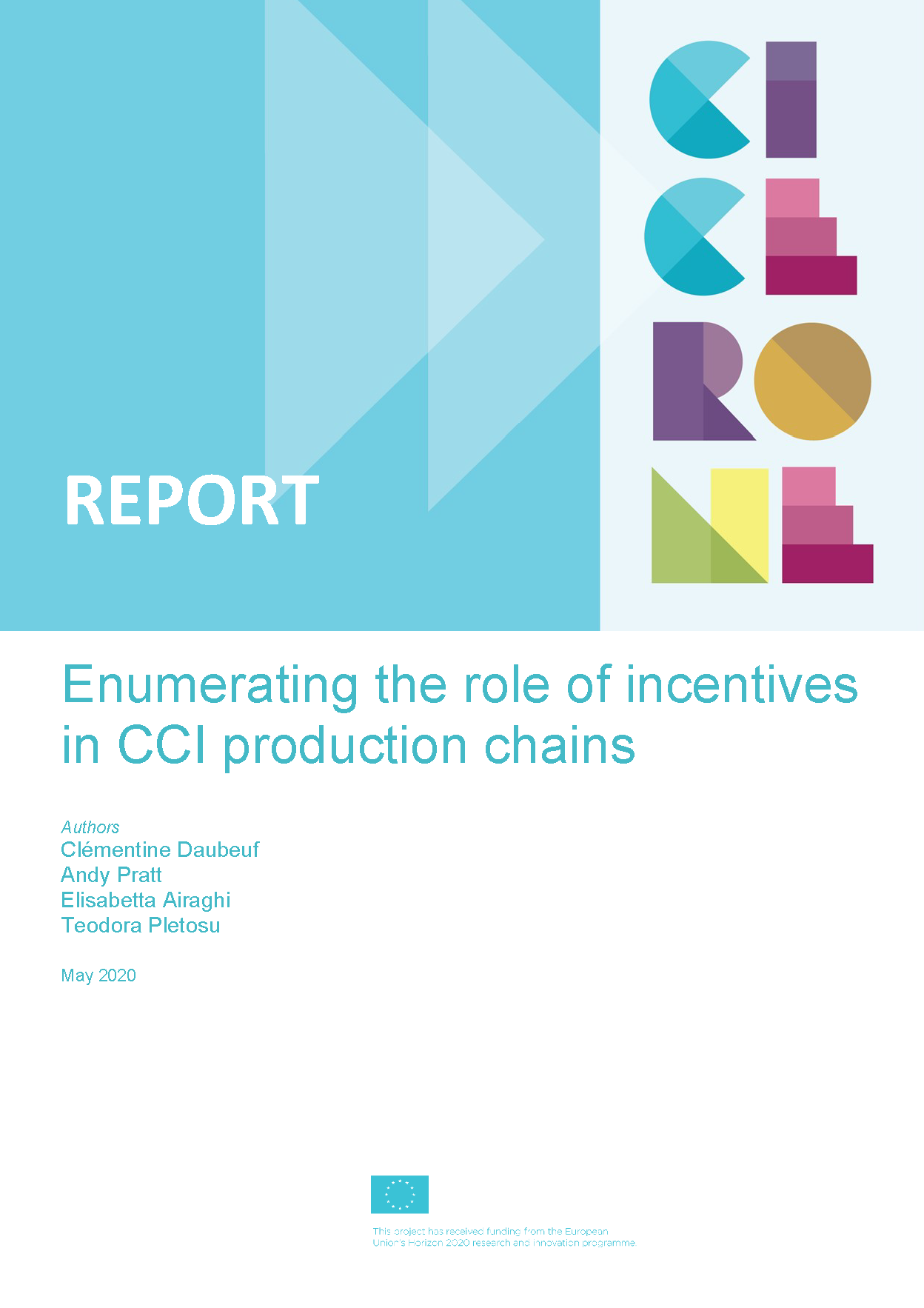 11-05-2020 Published: the 2nd in a series of papers on European, national and regional policy frameworks for CCI

CICERONE-members Clémentine Daubeuf, Elisabetta Airaghi, Teodora Pletosu (KEA) and Andy Pratt (City University London) have finished the second of a series of CICERONE papers which explores whether and to what extent the existing European, national and regional policy frameworks concerning cultural industries (and the wider economy) are appropriate for addressing the challenges of new and emergent organisational and governance forms of the creative economy.

This paper applies the Global Production Network (GPN) approach to the creative and cultural industries (CCIs). Such approach aims at capturing the main drivers of changes in labour division among firms such as digitalization, regulation, taxes, subsidies, copyright policy. It also analyses local and supra-local ties governing the CCI production. As such, the GPN approach enlarges the research field on CCIs by looking at where value is created under which conditions, and how power relationships within the production network impacts the capturing of value.

Looking at incentives from the GPN perspective helps putting the emphasis on their purpose at the various stages of the production chain and shows where the emphasis is put in terms of investment. They also motivate the choice of a location for creation, production, dissemination and consumption of cultural and creative products.

The underlying question this paper intends to respond to is the reason why such incentives exist and how they influence the production circles. The incentives it refers to constitute a catalogue of instruments put in place in the European Union by EU Member States, regions, cities or by the EU institutions to support various parts of the creative industries.

Apart from providing a rich overview of the incentives provided in the EU, this report also shows the added value of our GPN approach as it enables a (much) more systematic analysis of policies geared towards CCIs.