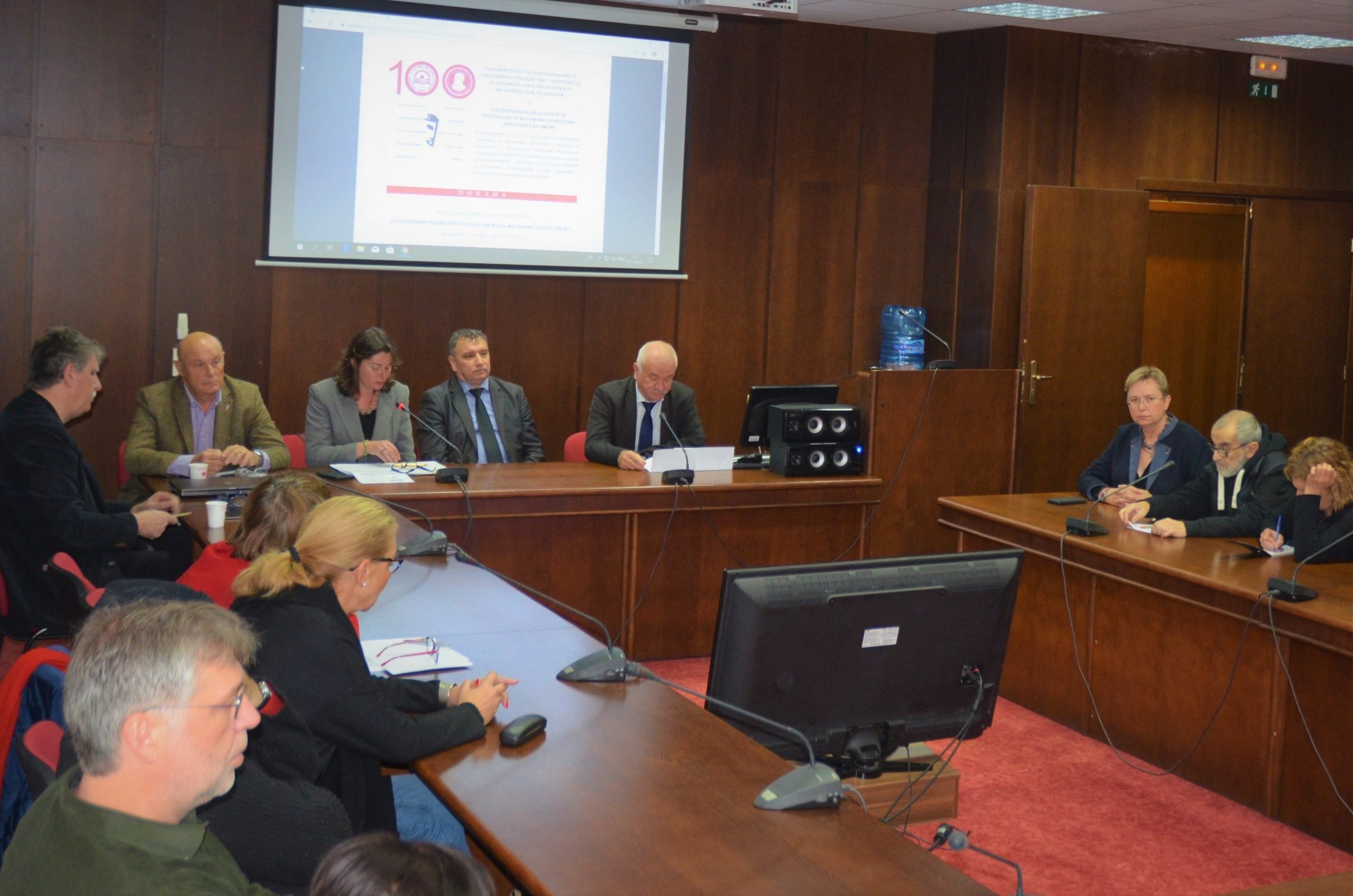 CICERONE partners Diana Andreeva and Bilyana Tomova from the Observatory of Cultural Economic (OCE) recently presented the CICERONE project at the roundtable on the sustainable development of the Bulgarian film industry.

The roundtable was hosted by the Center for Audiovisual Policy and Media Studies (UNWE) and co-organised by the National Academy of Theater and Film Arts (NAFTA), various film organizations, as well as OCE.