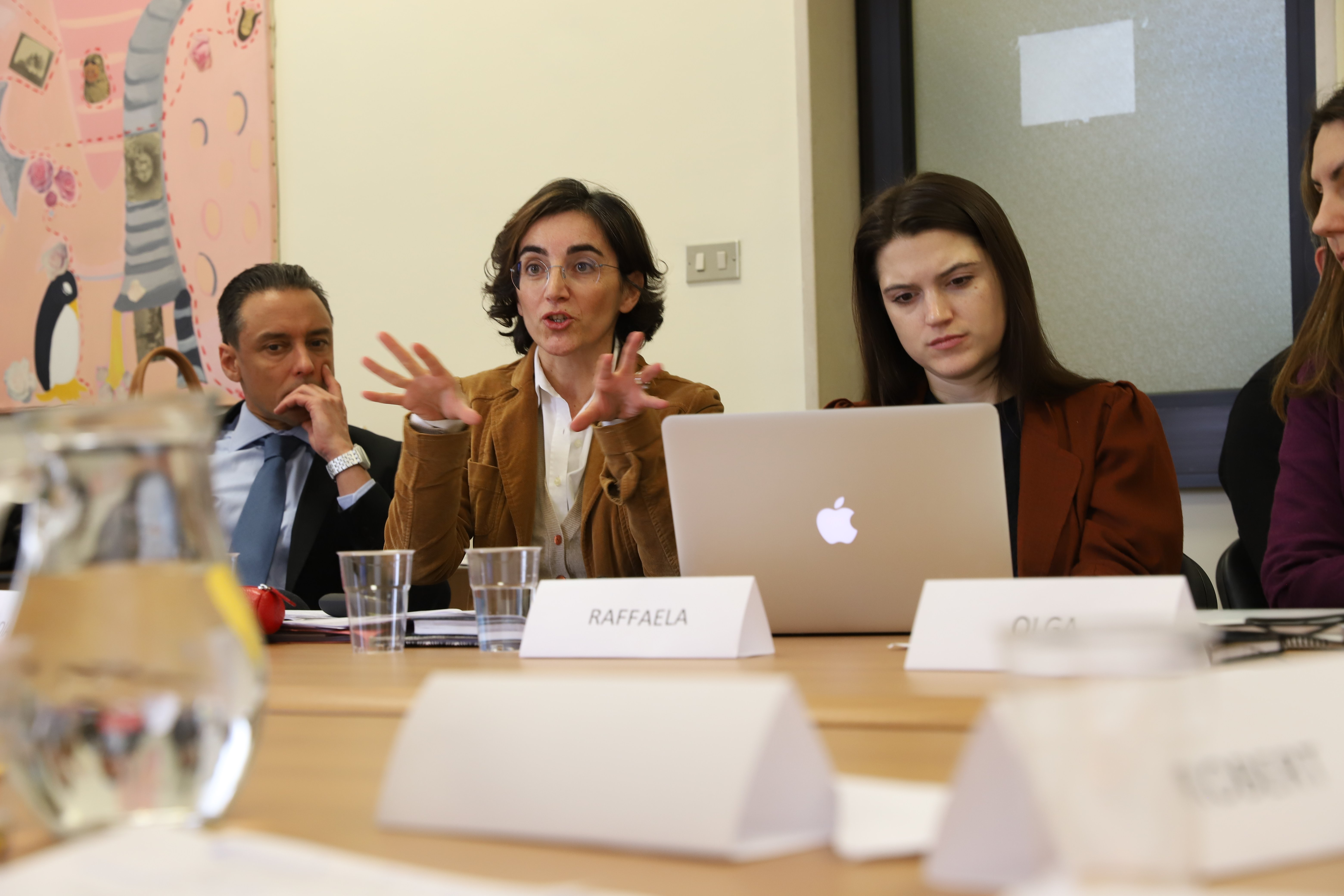 Posted at 09:39h in events, news by jeroen@easysitenow.nl 0 Comments

The very long project journey of 48 months has begun in the beautiful city of Bari, Apulia, Italy. On February 15th and 16th 2019, the consortium met for the very first time at the University of Bari to formally launch the CICERONE project. The key objectives of the meeting were getting to know the project partners, unfolding the project objectives and methods as well as delegating the first tasks to the work package teams.

On the first day, economic geographer Lidia Greco presented the Global Production Network (GPN) approach to the consortium. Subsequently, Andy Pratt, expert on cultural economy from City University of London, expounded the history of Creative and Cultural Industries (CCI) research and connected the field with the GPN approach. Then Philippe Kern from KEA European Affairs talked about CCI mapping, followed by Dorota Ilczuk from the University of Social Sciences and Humanities Warsaw, who outlined the financing of culture in the 21st century.

At the end of day one, Rodrigo Martin-Galan, REA Project Officer from the European Commission, spoke to the project partners about important issues concerning the management of the project such as the data management, ethics, audits, communication, dissemination and exploitation guidelines.

The main focus of the meeting was to map the project background, objectives, outcomes but also to identify the challenges which might occur during the research process. Lively and constructive discussions on methodological issues for the upcoming case studies were continued on day two of the meeting. The outcomes will be integrated in the respective deliverables.

The next  plenary meeting will take place in Poland at the University of Social Sciences and Humanities Warsaw, on June 27th and 28th 2019.