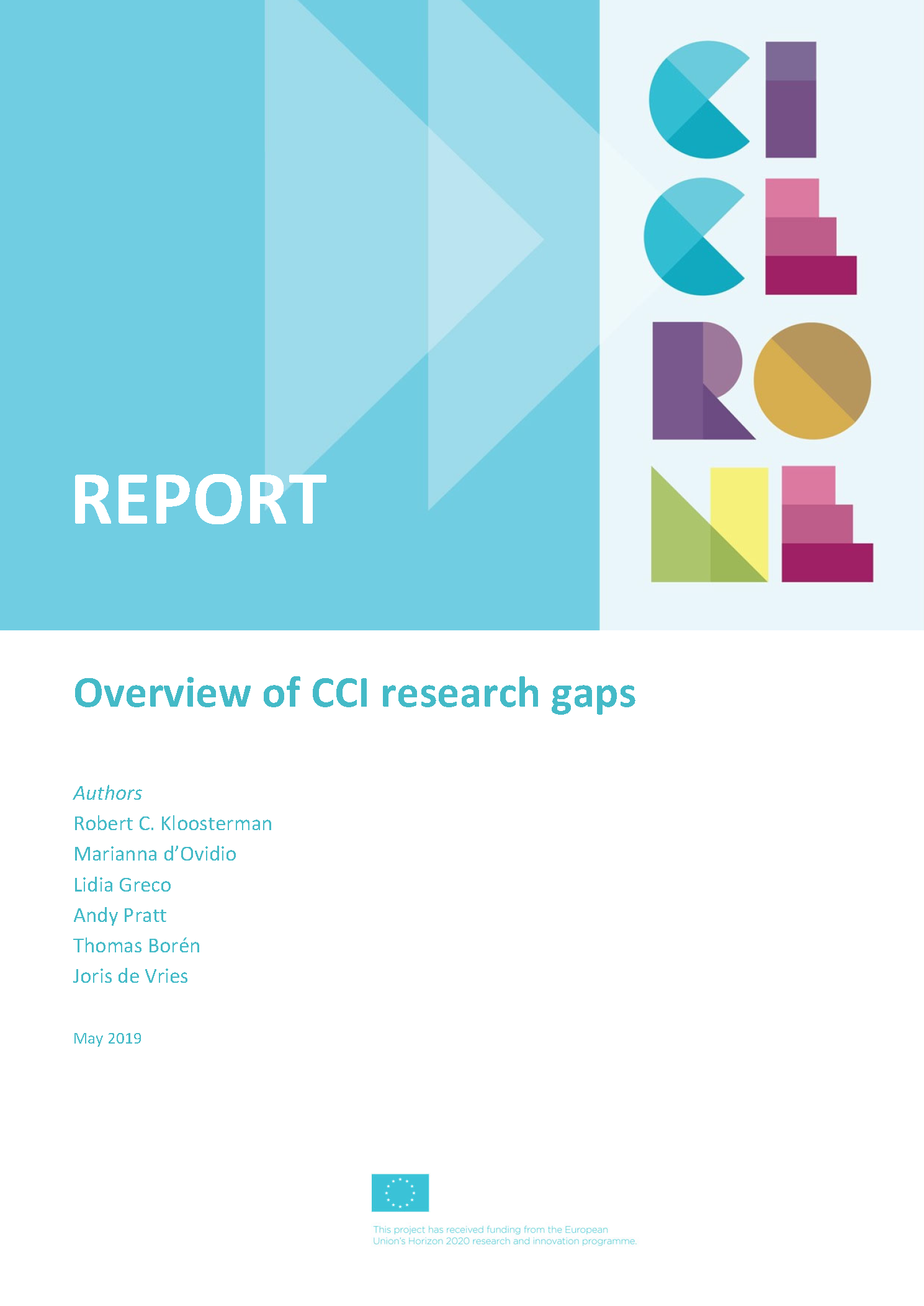 There is a need for more general contextual data to sketch the backdrop of CCIs in EU members states. As already stated by Allen Scott in his pioneering study The Cultural Economy of Cities, the cultural economy is represented by an extremely wide variety of manufacturing and service activities. The categories of standard statistical classifications are rarely fully informative in general and this is, according to Scott, especially true in the case of the cultural economy. Now, the EU has already embarked on an extensive project to refine and harmonise data on CCIs and significant efforts have been made at the European level to improve statistics. The 2012 publication “European Statistical System Network on Culture”, final Report by the ESSnet‐CULTURE, provides a very thorough and comprehensive statistical framework for harmonising, mapping and, subsequently, analysing CCIs in the EU. There are, however, still serious shortcomings in the availability of relevant data. The CICERONE project aims contributing to this challenging scenario on the basis of extensive fieldwork looking at case studies in CCIs from the GPN lens. Our project will comprise a series of in‐depth case studies and, thereby, not only uncover new data gaps but also explore new strategies of data gathering.

In this second report, the CICERONE team first looks at the data needed to construct a cartographic mapping of CCIs in the EU, which is to serve as a backdrop for the in‐depth case studies. We build on the statistical framework suggested by the ESSnet‐CULTURE 2012 and point at the data gaps regarding the basic socio‐economic statistics (in section 2). We then proceed to sketch the broad outlines for a strategy for using alternative sources of information in the case studies.

The report “Overview of CCI research gaps” can be downloaded here: