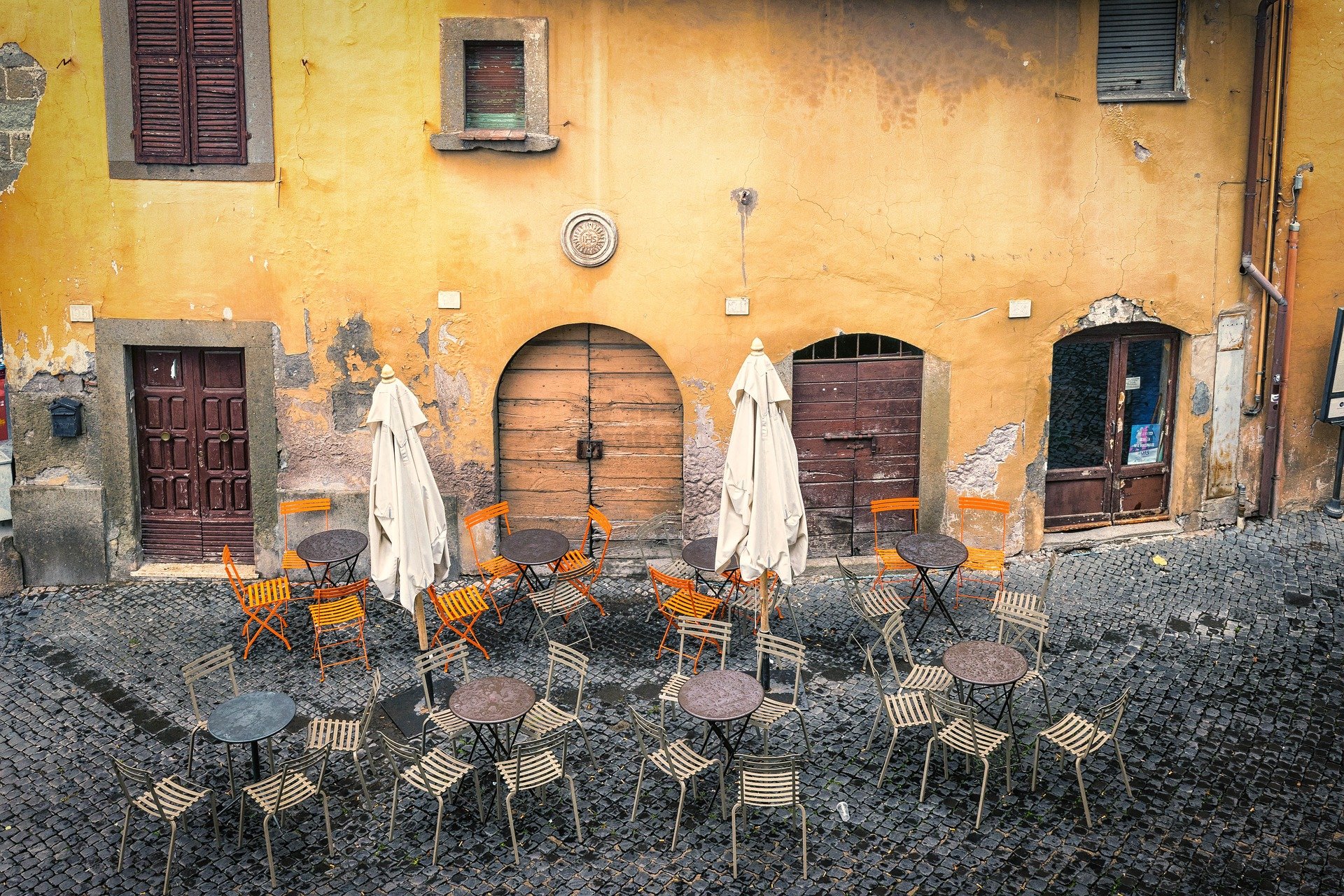 24-05-2020 Blog: The impact of the pandemic on the Cultural and Creative Industries in the short and longer run

The oldest proof of figurative paintings by humans was recently found in a cave in Sulawesi, Indonesia. They have been dated some 44,000 years old and people have been painting ever since. Cultural activities are both timeless and resilient: people will keep performing, acting, writing, painting and designing whatever happens as they are typically driven by a deeply rooted motivation to create. Gradually, many of these activities became commodified: they were produced for and could be sold on markets.

Networks of production in Cultural and Creative Industries

In the twentieth century, we could witness the emergence of so-called Cultural and Creative Industries (CCIs) catering to ever larger and increasingly global markets. These industries have created many jobs – notably in cities – and generated income for many workers. And, of course, their products have provided pleasure, relief and food for thought for large numbers of customers.

CCIs have not only expanded, their production system has also changed. In contemporary CCIs, the romantic image of the (almost exclusively male) solitary genius working in obscurity on his art works which would only be properly understood after he had died, is getting ever less suitable. Creativity is still key, but nowadays typically embedded in complex production networks which often transcend national borders. This social division of labour is intertwined with a spatial one as the various phases of these global production networks – creation, production, distribution (exhibition/reception/transmission), exchange (consumption/participation) and archiving[1] – can be located in different places. A relatively high share of workers in the CCIs is self-employed which makes these networks very flexible but the lives of the workers often precarious. This latter aspect has now come painfully to the fore with the Covid-19 crisis which strikes the CCIs both in the short and the long term.

The impact of the pandemic in the short run

The pandemic lockdown affects the CCIs in various ways. In the short term, it impacts first and foremost the phases of distribution and exchange. Those activities which traditionally rely on face-to-face meetings between producer and customer such as theatre performances and festivals have been almost immediately closed down with the lockdown in many countries and have come to a (near) complete standstill. The cash flow of many firms and workers in these CCIs has almost entirely dried up thus threatening the livelihoods of many people whose situation was already quite precarious. We also witness a rapid increase in the demand for many products which can be sold in digital format has risen rapidly and firms like Netflix obviously are experiencing a ‘good’ crisis in this respect. This shift drastically accelerated the already ongoing process of digitalisation of products of the CCIs. Some art Galleries, for instance, have now transformed their online presence into “almost aesthetic experiences in their own right”[2].

The crisis has also underlined the crucial importance of the archiving phase in the CCIs. The current success of Netflix, for instance,  was also made possible because of its extensive stockpile of series – both old and new. Which also goes to show that digitalisation  is not just about production or distribution but affects all the stages of production.

The long run: will conviviality return?

In the longer term, the Covid-19 crisis may also affect the phases of creation and production. If social distancing will remain with us for a longer time, production processes which involve intensive face-to-face or more intimate contacts – such as theatre performances or the making of a film – have become for the time being impossible. More subtle maybe the effects on the creation phase which depends on conviviality in cities. This phase especially tends to benefit from intensive face-to-face contacts in cafés, restaurants, bars and other third spaces where people can meet, cement social ties, bounce ideas off each other, and inspire and stimulate each other. It is in these spaces that ideas are turned into projects and networks are organised to make that possible. Notwithstanding all the possibilities that digitalisation now offers, it might still be the case that the ability to see each other eye-to-eye in these archetypical urban settings is essential for the long-term viability of CCIs.

For now, this long-term perspective is very speculative and the CCIs have to deal with the immediate effects of the crisis. This blog is the first of a series in which we will look at the various policies to support the CCIs that are now being implemented to deal with the crisis. We will look at how these aid programmes impact the various stages of the production networks of the CCIs in the short and the longer term. This approach lies at the heart of the overarching CICERONE project funded by the European Union’s Horizon 2020 Programme.